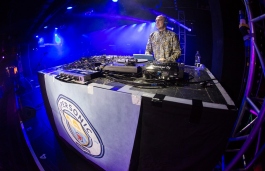 Compilation by fabiomoz, aka Supersonic (Italy)

As a DJ his career started over 25 years ago, nowadays he is still doing it occasionally at some events and Oasis conventions.

He manages the official Oasis fan club since 1996, collector and fan of the Gallagher's, he discovered Oasis when their first single came out and saw the band on stage for the first time in 1995.

Since then he has seen 28 other Oasis concerts and about 50 Beady Eye concerts, Noel Gallagher's High Flying Birds and Liam Gallagher.